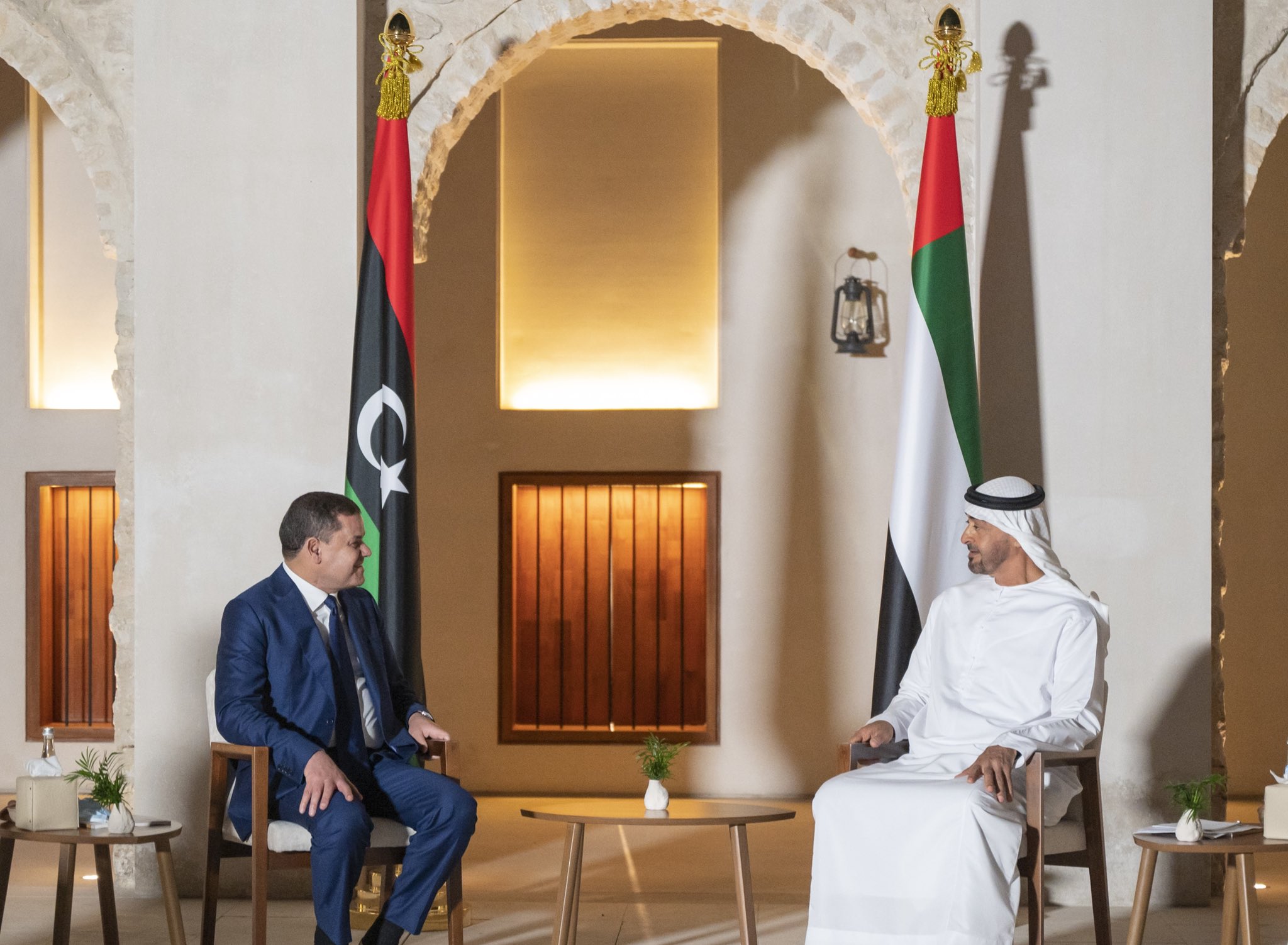 “It was an honor to meet our brother Abdul Hamid Dbeibeh, Prime Minister of Libya’s Government of National Unity. Libya will overcome its challenges and we stand at the side of the Libyan people at this critical moment. The new road map will hopefully lead to stability and unity,” Sheikh Mohamed tweeted. Sheikh Mohamed affirmed the long-standing relations between the two nations and said the UAE is looking forward to further growing these relations over the coming period.

He was briefed by the Libyan Prime Minister on the latest developments in Libya and the efforts made at the current transitional period to restore security and stability and help state departments forge ahead with the efforts to drive the development and reconstruction process and prepare for the elections. Sheikh Mohamed congratulated Dbeibeh on the Libyan House of Representatives’ confidence in him and his government, wishing him success in carrying out his grand national mission during this critical period of his country’s history.
He also sent his regards to the Libyan people who, he said, are looking forward to opening a new era of stability and national unity after the tough years they have been through. The two sides explored the prospects of cooperation in the political, security, development, investment fields in addition to exchanging views over an array of issues of common interest. Sheikh Mohamed renewed his support for the new executive authority in Libya and their endeavors to establish peace and stability. He wished the Libyan people all success in fulfilling their aspirations for stability, peace and prosperity.
Dbeibeh thanked Sheikh Mohamed for the warm reception and said Libya is looking forward to developing its relations with UAE and to establishing comprehensive strategic partnerships across various domains, including development, investment, economy, and security. He added that Libya is looking forward to learning from the successful development model adopted by the UAE. He noted that his country is looking forward to a unified international stance toward Libya based on ensuring the country’s common interest in a way that reinforces the prospects of stability and security and guarantees Libya’s sovereignty over all its territories.
Attending the meeting were H.H. Sheikh Mansour bin Zayed Al Nahyan, Deputy Prime Minister and Minister of Presidential Affairs, Sheikh Shakhbout bin Nahyan bin Mubarak Al Nahyan, Minister of State, Dr. Anwar bin Mohammed Gargash, the Diplomatic Advisor to the President His Highness Sheikh Khalifa bin Zayed Al Nahyan, Ali Mohammed Hammad Al Shamsi, Deputy Secretary-General of the Supreme Council for National Security, and Mohamed Mubarak Al Mazrouei, the Undersecretary of the Crown Prince Court of Abu Dhabi, along with a number of officials in the Libyan government.
Share FacebookTwitterGoogle+ReddItWhatsAppPinterestEmail

Mercedes-AMG to start a new chapter in its motorsport history

Last two nuclear power plants in Germany have been put into…

Export growth in China sinks in August, while imports shrink

Clean energy transition to help Indonesia to diversify its…