The Bahraini Foreign Minister Dr. Abdullatif bin Rashid Al Zayani met with the British Minister of State for Asia and the Middle East at the Ministry of Foreign Affairs, Development and Commonwealth of the United Kingdom, Amanda Milling, within the framework of the fourteenth meeting of the Bahraini-British Ministerial Working Group. 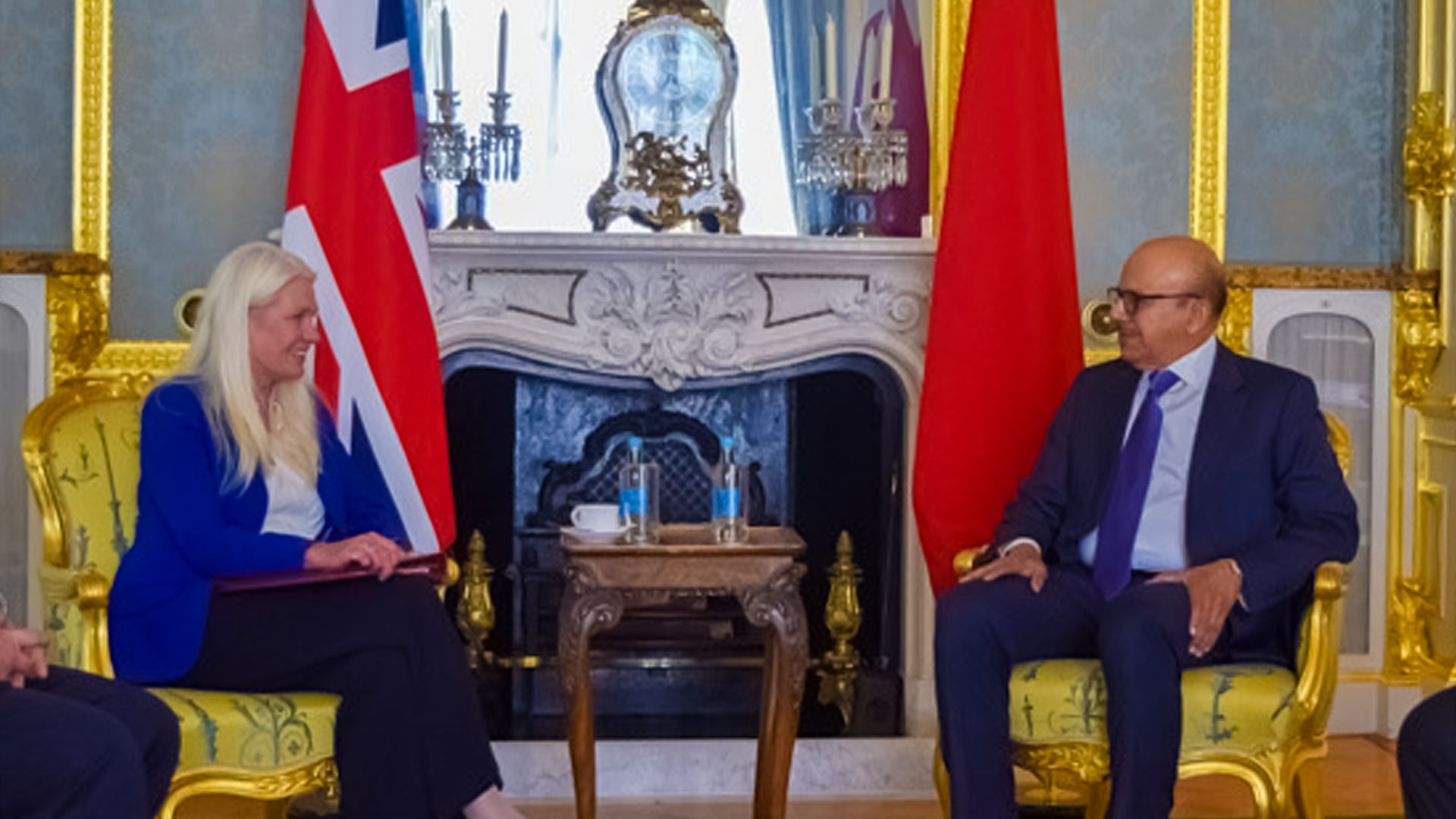 Dr. Alzayani stressed the importance of this meeting in light of His Majesty King Hamad bin Isa Al Khalifa’s visit to the United Kingdom last month. He noted that the meeting provides a timely opportunity to review the progress made since last year’s working group meeting. In addition, it will enable us to discuss upcoming and ongoing projects between the two countries.

In his remarks, The Minister indicated Bahrain’s appreciation for the Kingdom’s recent accession to the electronic visa system in the United Kingdom as a means of facilitating travel between the two countries, as well as to contribute to the strengthening of relationships between both countries at all levels.

During the meeting, the two friendly countries discussed areas of joint cooperation and ways to improve them to serve shared interests. Also discussed were the political and security developments in the region. These included the war in Yemen, the Iranian nuclear issue, the conflict in Ukraine, and several other issues on the regional and international fronts.

Afterwards, the two ministers hosted the fourteenth meeting of the Bahraini-British ministerial working group, where they discussed security cooperation, multilateral cooperation, trade cooperation, human rights protection, justice affairs, health care, education and research, strategic communications, and climate change. The two sides then signed a joint statement, in which they affirmed their desire to continue exchanging knowledge and experiences between them in vital fields.

On a starry LA night, LeBron James made NBA history